By Martin Jansen, Owner of Jansen-PCINFO

Linux Mint bundles a lot of software in its initial installation package.  Not the least of these is LibreOffice, as Wikipedia reads, a free and open-source office productivity software suite, a project of The Document Foundation (TDF).  This is not some watered down version of Microsoft Office (now called Microsoft 365), it is a complete suite of applications that matches or exceeds 365 in capabilities.

While Microsoft 365 is now a subcription based application based in the cloud where a family need pay $100 a year, LibreOffice installs in Linux, Windows and MacOS and is completely free.  Indeed, the ‘Libre’ in LibreOffice means free in Spanish and French.

When LibreOffice is opened on a computer, it keeps track of past documents and offers the capability to create new documents:

In comparison with Microsoft 365, Writer equals Word, Calc equals Excel and Impress equals PowerPoint.  Additionally LibreOffice offers Draw (equals in,  some respects, Publisher), Math and Base, which equals Access, but only in the Microsoft 365 business packages. 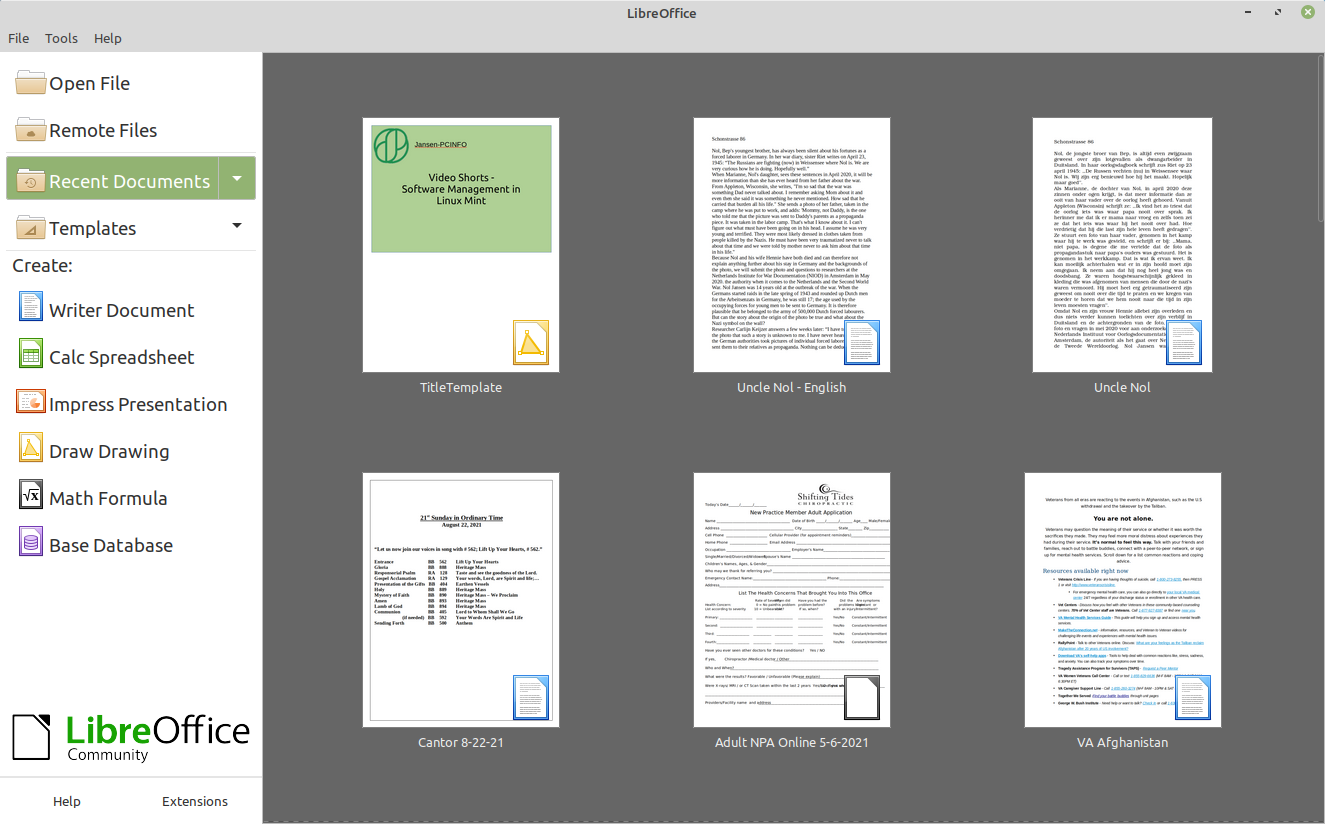 For most people the big three are Word Processing, Spreadsheets and Presentation.  LibreOffice can open and edit .docx, .xlsx, and  .pptx files without a problem, but the native file formats are open document related: .odt for Writer, .ods for Calc and .odp for Impress.

When I open Writer, I see many icons on the top representing different functions as well as the traditional menu system:

From this interface I have complete control of the document I am creating. 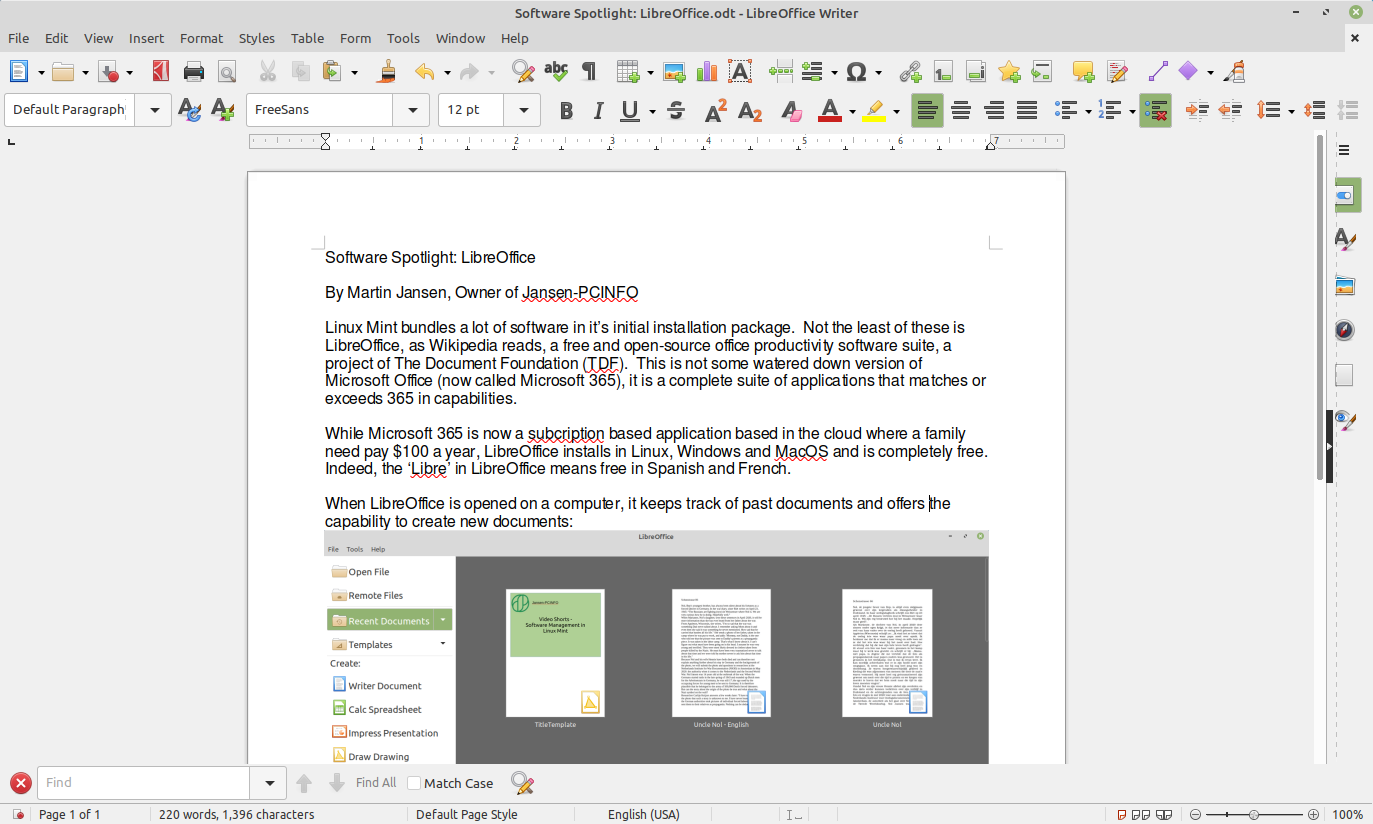 The basics of spreadsheets are pretty similar whether it be Calc, Excel, or Google’s Sheets.  You have columns which are ordered by the alphabet and rows which are ordered by number.  In each cell data is entered which can be alpha or numeric.  The numeric data can be calculated in any number of ways through functions.  Many people use spreadsheets like databases just to organize personal information like membership lists: 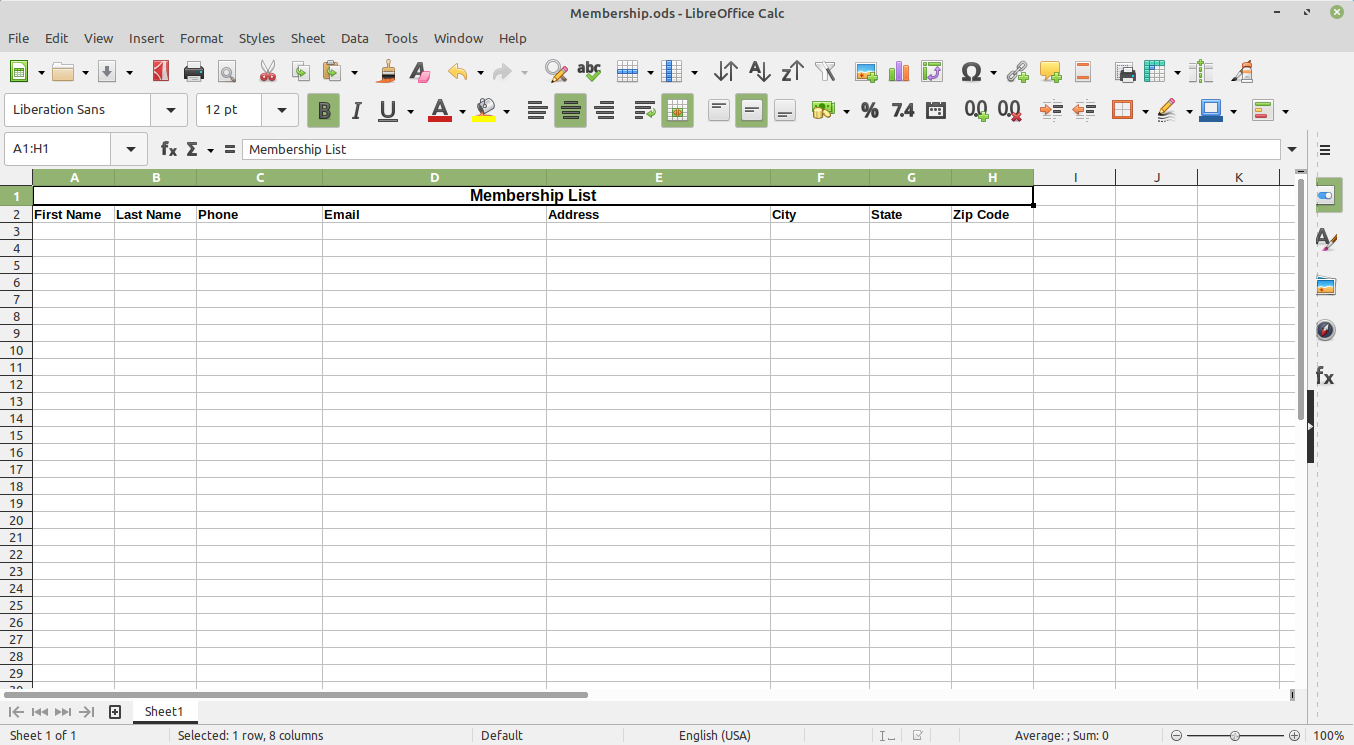 Impress, when opened, offers a selection of themes to make presentations pretty.  Who doesn’t like candy?  These templates are fully editable and can be saved in .odp or .pptx format.

So there you have the big three: Writer, Calc and Impress. 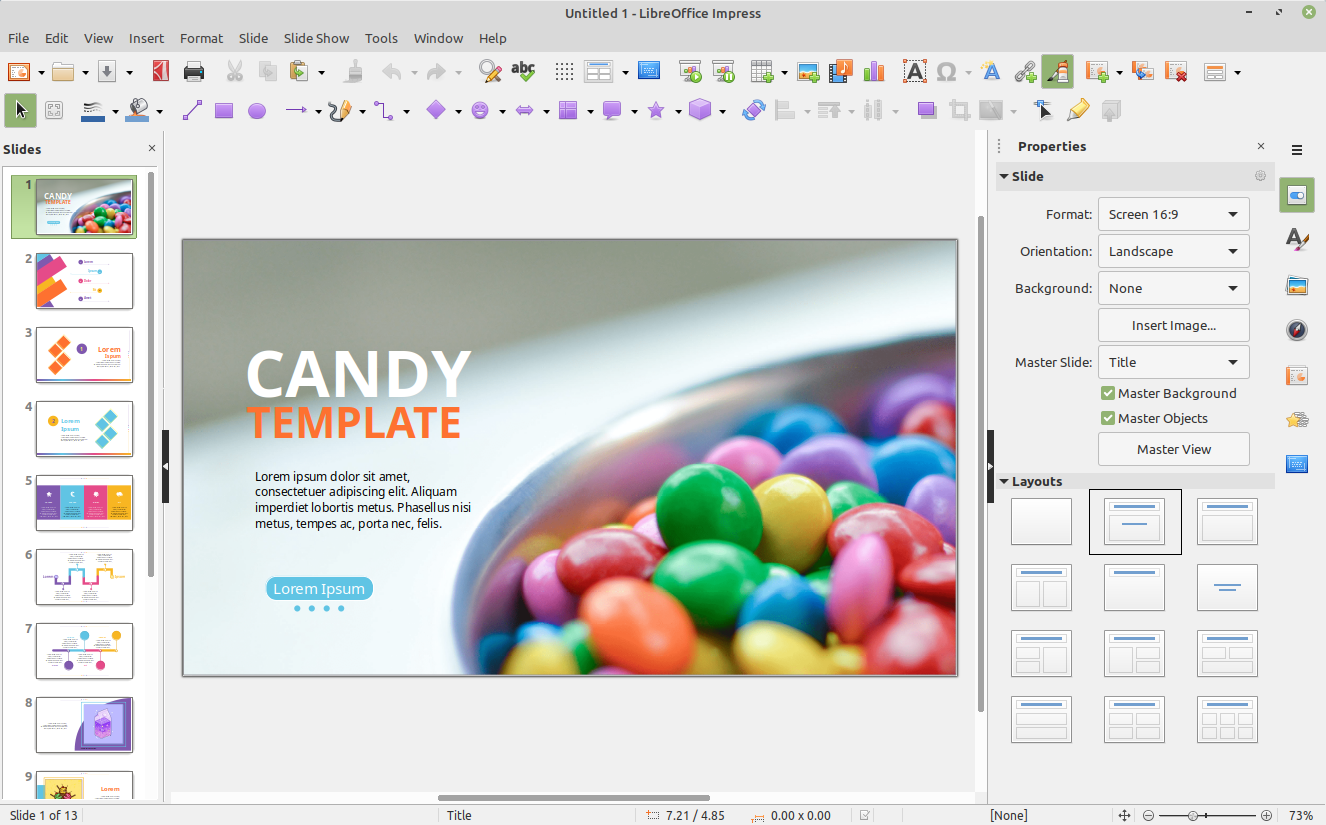 I will not cover Draw, Math or Base in this article, but each is important for artists, mathematicians and data scientists respectively.

I hope you enjoyed this article about LibreOffice, a free alternative to Microsoft 365, which will cost $100 (or more) per year – forever.